Fast Facts about Travel near our Sundance Vacations Properties

Sometimes our brains are just in the mood for some interesting travel facts, and what better way to impress someone than with a unique, little-known fact to share about your next vacation?

We’ve searched all around for some great travel trivia and found 91 (updated) fun travel facts to share with you around our Sundance Vacations properties in the United States, Mexico and the Caribbean. 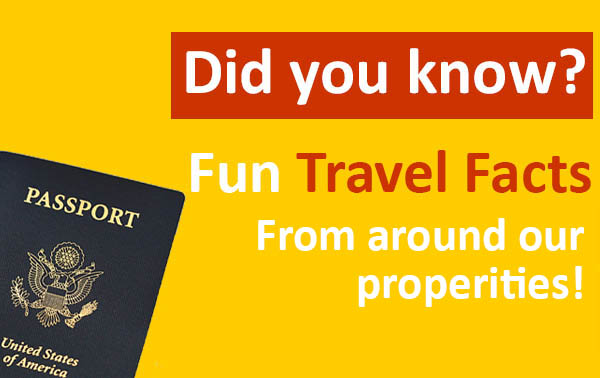